Dusting Off: The Whore of Mensa

September 17, 2009
by Jason Diamond No Comments 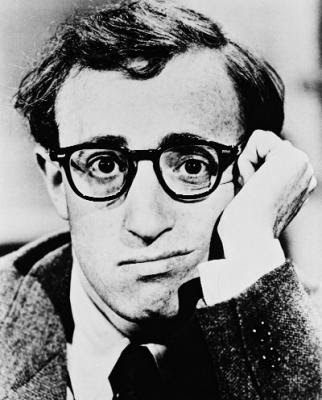 Ah, Woody in 1974.  Dare I label that time in his career “Prime Wood”?  No? Alright.  Whatever the case, fresh into his forties, and in the best days of being a middle-aged-Jewish-Manhattanite, Mr. Allen wrote a piece for his beloved city’s hometown bible, the New Yorker, about one of his favorite subjects: intellectuals. In this case he would rather focus on a ring of brainy call girls with whom he could discuss Melville instead of the windbags who stand in line at movie theaters talking about Marshall McLuhan :

“Moby-Dick or the shorter novels?”

Ah yes, Woody in his prime. His character, Private Dick Kaiser Lupowitz, going undercover, and the possibilities are endless:

“Suppose I wanted Noam Chomsky explained to me by two girls?”

It’s pretty priceless, and if you don’t have a subscription to read the story online, you should probably just seek out a copy of his collected stories, Without Feathers.