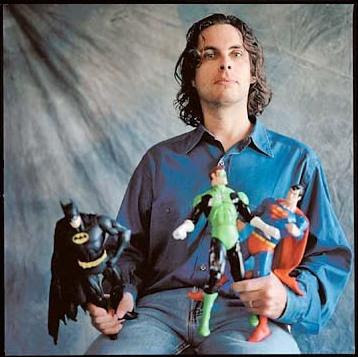 Michael Chabon is interviewed at Jacket Copy on fatherhood and the writing process:

“I think in a way, that’s sort of what you’re engaged in doing as a writer, too. You come into this inheritance of things that have been done and the ways in which they have been done, and people who influence you sort of pass along what they think is important, and what they think you need to know how to do. But over time you begin to make changes, what you think are improvements or alterations, because you like the way it comes out better. In that sense, there’s less a question of rejecting or accepting the past, less an anxiety of influence kind of thing, than there is an evolution of your own culinary style as applied to language and storytelling.”