September 28, 2009
by Matthew Caron No Comments 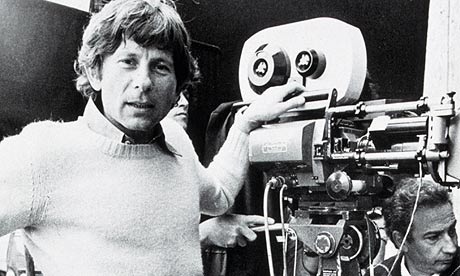 Roman Polanski was arrested yesterday in Switzerland and faces a likely extradition back to the United States after fleeing from sentencing at the conclusion of a rape trial in Los Angeles that lasted from the spring of’77 into February of ‘79. Initially charged with rape by use of drugs, perversion, sodomy, lewd and lascivious acts upon a child under 14 and furnishing a controlled substance – methaqualones, i.e. the ‘ludes he slipped into her champagne – to a minor. Polanski’s lawyers succeeded in getting the charges dismissed under the terms of a plea bargain, and Polanski plead guilty to the charge of unlawful sexual intercourse with a minor.

The victim, then 13 year-old Samantha Geimer, has since moved on with her life and publicly forgiven the director.

“I think he’s sorry, I think he knows it was wrong. I don’t think he’s a danger to society. I don’t think he needs to be locked up forever and no one has ever come out ever – besides me – and accused him of anything. It was 30 years ago now. It’s an unpleasant memory … (but) I can live with it.”

Polanski, now 76 years old, has since spent his time primarily in France, where he is a citizen and extradition to the United States is rare. He also travels regularly to Poland and has been to Germany, where some have speculated that German unwillingness to arrest Polanski might have something to do with his status as a Holocaust survivor. Technically, Switzerland was not a safe country for Polanski to travel to, but what the hell – Polanski probably figured they’re tight with France, where Polanski is a member of the prestigious Académie des Beaux-Arts, so why not? Nevertheless, they got him coming off the plane, on his way to pick up a Lifetime Achievement Award at a film festival.
So: Now that they’ve got him, who exactly wants him? And why?
Evidently, not his victim. In January of this year, Samantha Geimer filed to have all charges against Polanski dropped. It seems that in her opinion, all that the justice system had achieved over the course of three decades with its focus on the lurid details of the crime was a great deal of trauma. Unfortunately for Geimer, who is now married with three sons, Polanski’s arrest promises that more media-inflicted trauma is headed her way. One of the court’s recent attempts to lure Polanski back to America for sentencing included the promise that he would not be held in custody as he was in 1979 on the condition that all proceedings be televised. What an enticement, right? Unsurprisingly, Polanski chose to remain in France, working on movies. The courtroom TV spectacle was deferred for the 29th year in a row. But now, with Polanski in Swiss custody, it seems likely that L.A. will finally get the courtroom circus it couldn’t have in the 1970s due to Geimer’s pesky minor status at the time.

Since the victim and her lawyers are actively lobbying against the court’s desire to revisit the case, I can only conclude that the city of Los Angeles wants this trial, or at least someone in the system out there with a mind to make a career on it. That’s the only gain I can see by serving justice to a victim who doesn’t want it, against an old man who is a threat to no one. Otherwise, there’s nothing to be had but a big show, and more frivolous debt heaped on an already busted California.

Cost is a worthwhile consideration. While many would cite the moral imperative in punishing a child rapist, in this case it would constitute a dubious moral victory at best, at tremendous expense. $350 million in debt at present, Los Angelinos will have to shoulder the costs of a showy televised sentencing and the attendant police details the proceedings will require. Polanski’s return to court in L.A. could easily outstrip the $1.4 million in public money spent on the recent Michael Jackson memorial service depending on how long it lasts and to what degree the media and public wind up congesting the city’s streets while it happens. This pricey brouhaha of moral outrage will be followed by the cost of housing and feeding Polanski for the rest of his days at approximately $70,000 a year, not including the medical expenses may be required to keep the 76 year-old Academy Award winner alive behind bars, billed to the state of California – which is currently facing a budget deficit of over $26 billion for this year.

To make matters worse, California likely hasn’t got anywhere to put the old man once he’s been sentenced. The state is currently employing a variety of strategies in the pursuit reducing its population of elderly and nonviolent inmates, including shipping them out of state to minimum security prisons like the Florence Correctional Center in Arizona. In 2006, the Schwarzenegger administration signed contracts with Corrections Corporation of America and the GEO Group, America’s largest publicly traded prison operators, to provide cells in four other states for the nonviolent inmates it cannot humanely house. What business does a state that’s unable to afford or even physically contain its prison population have reaching overseas and committing potential millions of taxpayer dollars to adding one more elderly, nonviolent prisoner to the system? California, this is why you can’t have nice things.
The hell with the victim and the California taxpayer…CNN needs this dubious little moral victory. Inside Edition needs this. The blogosphere needs this. Careers in L.A. need this. AMERICA needs this.