Poetry in Motion: It Bothers Me When You Hang Out with Racist Billionaires

It bothers me a lot that you want to broadcast that you’re associating with racist billionaires. For what cavalcade of reasons? To begin: you’re probably better than this.

You are, after all, an “artist, lover, writer, chef, poet, stylist, and philanthropist.” These are gigs that seemingly no one in world history has managed to balance. Most chefs are lousy lovers, unless your idea of passion is a sweaty Vivance addict who smells like lamb entrails withering on top of you when they come home at 5AM. The majority of writers think a stylist is a pen for their iPad. And you are unofficially the world’s first poet-philanthropist. Sure, poets are broke but generous, and give thoughtfully to the homeless and others less fortunate. Because as poets, they know they are one fumbled stanza or bankrupted hookah bar away from becoming homeless themselves, sharing a cardboard box and trashcan coq au vin with the cast of The Muppets Take Manhattan. Philanthropists, meanwhile, are only moved to verse on their eighth glass of Chardonnay, wobbling onto their Central Park West patio to proclaim the night sky’s beacon a “looney gooney moon.”

You don’t want to be seen being photographed with hateful people. For one thing, it sets an bad precedent for all the racist children out there. And it sends an all too aspirational message to our nation’s racist millionaires. They might even think twice about paying the Justice Department millions to settle housing discrimination lawsuits on those apartments they own.

It’s likewise unfair to drag a noble enterprise like Instagram into this mess. Think of all the tolerant, enlightened times you’ve had on Instagram. Tagging phrases like #thewallstreetjournal and #thenewyorkbestsellers to a picture of you wearing a bikini to a marijuana awards show. Convincing friends to wear hats with your pseudonym on it while playing golf together. Riding forklifts. Racist billionaires would have you believe that racist social media is where it’s at these days. Using the gauziest filters possible to whiten their pigment, #teapartyfundraiser, selfies with Lou Dobbs. But as my attorney Mac Nehoray says, there is not “a peppercorn of a fact” in such prejudice. Such racist billionaires are so dumb and lazy, they probably celebrate Black History Month in March. You have the choice between sitting on the diaper-crinkled lap of an elderly bigot, or walking tall with Magic Johnson, an HIV+ survivor who served as a United Nations Messenger of Peace, and lobbied tirelessly for universal American healthcare and Medicaid expansion. Magic knows how to handle wealthy xenophobes: he told George Bush #1 to shove it when the legs were cut out from the National Commission on AIDS. But then, the National Commission on AIDS didn’t bankroll you a mansion next to the Beverly Center. Because the National Commission on AIDS has a good head on its shoulders. LeBron James may too be more rational than the last twenty-nine years of initial reports suggested, declaring that he doesn’t want you partying with racist billionaires either. When LeBron James is the figure asking you to put aside your vanity and ego in the name of what’s decent, the plane has officially crashed into the mountain.

Now, I’m willing to be lenient on this. I will allow you to be photographed with people who are only half-racist billionaires, or look like they can blend in amongst us non-racist proletarians. If they make offensive jokes that no one laughs at it during awkward family functions, so be it. But Mama, if they’re the kind of racist billionaire who instinctively locks the doors of their Maybach the moment a person of color walks past, then that is not the sort of person who deserves you. 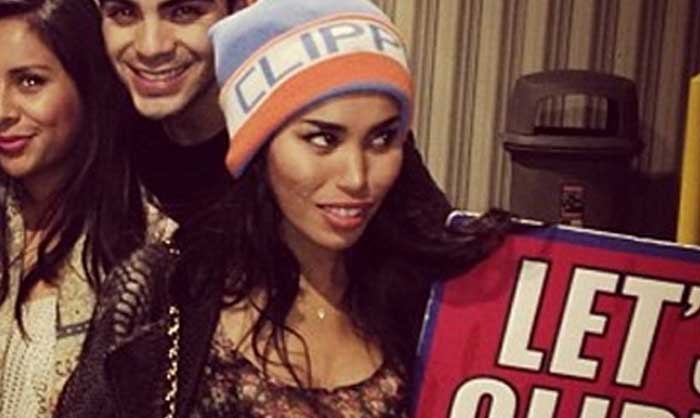 Look, just don’t put these racist billionaires on the Instagram for the world to have to see so they have to call me. I hate when the world calls me: it takes forever. And don’t bring them to my games. It’ll only upset them to see that I’ve got a pick-and-roll that makes Chris Paul look like Chris Gaines, and dunks that make Blake Griffin look like Kathy Griffin. Who in fairness is a national treasure. As are you, probably. Racist billionaires never really get to know gems like you, me, and Kathy. Such cretins concoct their own demise. Or as President Obama recently put it: “When ignorant folks want to advertise their ignorance, you don’t really have to do anything. You just let them talk.”